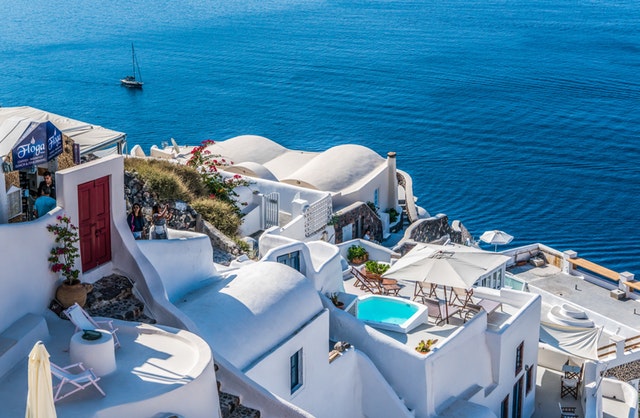 The anticipation is over. The jobs report was released this a.m. and was, underwhelming. All of the loans that were locked in preparation of a strong report were good defensive plays but the way it looks now, unnecessary. Rates are marginally better today with the 10-yr at 1.56% and mortgage bonds up 27bps. 1.55% is a line in the sand for the 10-yr and 1.53% is even stronger resistance. Right now we do not have the velocity to break through, but that is what it would take for rates to improve appreciably.

A recap of the jobs report is below (much more further below).

Next week brings inflation data on Thursday so I expect we do get to enjoy some of todays gains for a bit.

Below is a detailed recap from the WSJ on the components of the jobs report (on the off chance you have time on a summer Friday for some light reading). The down and dirty on it is that we need people who want to work.. The red states refusing to take federal aid have the right idea.

Supply, Not Demand, Holds Back Jobs

Monthly job growth of 559,000 in May was exceptionally strong by pre-pandemic standards but still disappointed private forecasts. The report suggests that job growth is being held back by stubborn supply, not lack of demand. For example, the labor-force participation rate edged down to 61.6% in May from 61.7% in April; it’s been in roughly the same range since June 2020. Another sign employers can’t boost headcount as quickly as they’d like is that employees are working longer. The average work week was 34.9 hours in May, close to the 35 hour record in January. It was 26.6 hours in leisure and hospitality, almost an hour longer than in February 2020. —Greg Ip

As employers complain of labor shortages, they are urged to pay more. Message heard: Average hourly earnings rose a brisk 0.5% in May after rising 0.7% in April. They are still only up 2% from a year earlier, but those data are hard to interpret. Average wages were artificially boosted early in the pandemic by big losses among low-wage workers, and now the reverse is happening. Hourly earnings in more narrowly defined industries, which are less distorted, indicate strong demand is lifting pay. In leisure and hospitality hourly earnings jumped 1.3% in May from April and are 7% higher than in February 2020. At restaurants and bars, hourly pay for non-managerial employees was $14.96 in April (the latest month for which data are available), up 6.3% from February 2020. In May it likely topped $15—the level to which Democrats would like to raise the federal minimum. —Greg Ip

Another way to find workers: Hire kids. The unemployment rate for 16- to 19-year-olds fell to 9.6% in May, the lowest recorded for teens since 1953. The share of 16- to 19-year-olds who work rose to 33.2%, the highest rate since 2008. The data show a tight labor market, especially for entry-level work, is benefiting teens heading into the summer. Most teens don’t face the impediments that might keep adults out of the labor force: They likely aren’t receiving unemployment benefits, don’t have family care responsibilities and tend to be healthy. Teens may also be willing to accept near-minimum wage jobs at a time when older Americans could be seeking jobs at $15 an hour or more. —Eric Morath

There are likely multiple reasons Americans are staying on the sidelines, ranging from health concerns to lack of child care to enhanced unemployment benefits. “Over the last two months, the male participation rate has increased and the female participation rate has fallen. Given the gender-based disparity in child care responsibilities in aggregate, the data are consistent with the idea that child care is an obstacle for many women who might otherwise rejoin the labor force,” said Eric Winograd, senior economist at AllianceBernstein.

Older Americans might be waiting longer to re-enter the labor market because of elevated health concerns. Or they could be retiring early.

The biggest employment gains last month came in the sectors hardest hit by the pandemic. While leisure and hospitality added more jobs than any sector—led by 186,000 new jobs at restaurants and bars—employment is still well below pre-pandemic levels.

At first glance, a drop in construction employment might seem surprising. The Labor Department, however, said May’s decline reflected job losses in the nonresidential sector. While the housing industry is going strong, demand for nonresidential projects—from offices and hotels to energy investments and amusement parks—has been weak. Nonresidential construction spending fell to a two-year low in April.

Unemployment for Black workers fell to 9.1% in May but remains nearly double the white rate of 5.1% and well above the Latino rate of 7.3%, according to the Labor Department. This follows a historical pattern of Black Americans being the last to benefit from economic upswings. It could also reflect that unemployment remains relatively elevated in large cities, such as New York and Chicago. —Eric Morath

In one positive sign, the number of long-term unemployed fell by 431,000 to 3.8 million. Research shows the longer someone is out of work, the harder it can be to land a job.

In another sign the economy is returning to something closer to normal, the unemployment rate fell in May to its historical average. Since modern statistics began in 1948, the average unemployment rate, through recessions and expansions, has been 5.8%, matching the May rate the Labor Department reported Friday. While last month’s rate, down from 6.1% in April, is still well above the pre-pandemic low of 3.5%, it’s now pretty much in line with recent decades as well. From 1980 to 1999 the average unemployment rate was 6.5% and from 2000 through 2019 the average was 5.9%. So while the rate remains above what the Federal Reserve and economists would consider full employment, the jobless measure is no longer historically  elevated. —Eric Morath

Despite growing evidence of labor shortages, it’s too soon for the Federal Reserve to conclude monetary policy needs to pivot toward inflation. We have too little experience with pandemics to apply traditional interpretations to these signs of labor market tightness. Many drivers are temporary. First, pandemic-related fears and restrictions should continue to recede. Second, the mismatches between worker supply and demand that occur when millions of businesses try hiring at once will sort themselves out. Third, enhanced unemployment insurance, which may be  deterring some people from taking jobs, will be gone by September. There’s still plenty of time before the Fed has to decide if the labor market really is tight, and thus an inflation threat. —Greg Ip