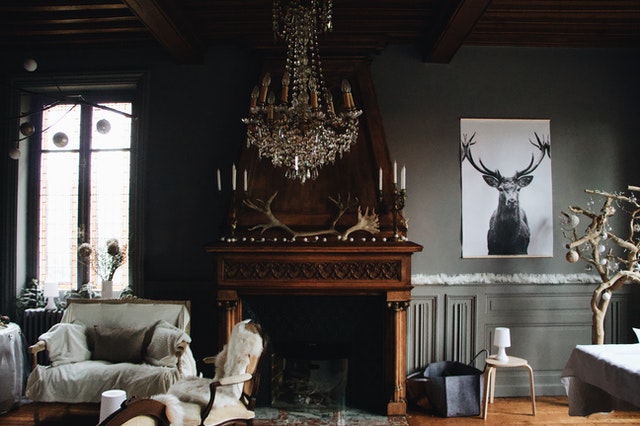 With Thursday having been Veteran’s Day, we had a reprieve on Friday after Wednesday’s selling and I was hoping that would carry over to today. Not the case. Bonds are weak this morning. The momentum is certainly against us. If I had to guess, I would say we will test the bottom at least one more time and then depending on Retail Sales, to be released tomorrow, the market will likely pick its direction and move that way for the balance of the week. We are near the bottom of the current trading range which is typically a place to float but with the economic data coming in hot(-ish) and stoking inflation concerns (which have already pushed rates up), it may be that the support line is broken (which then becomes the top of the next channel) and we are catching a falling knife (I don’t like to do that). Be careful in here.

If you feel like you’re paying more for some items, you are. Here is a chart pf just how much.

The good news though, and one of the reasons the Fed sees inflation as transitory, is that shipping costs, which exploded higher over the last 18 months, are retreating. Down 25% just last week. This will show up shortly as less goods are shipped and wait times shorten. Prices will decline as well; it will just take a bit to work through the ports, trucks, and economy.

And a deeper dive from inflation is below (courtesy of Bloomberg):

The stock market and job market are booming and yet various measures of consumer sentiment are tanking. Last week the University of Michigan survey came in at a 10-year low, with a reading of 66.8.

So what gives? I think there’s a simple reason and an interesting reason.

The simple reason is inflation. It’s hot and people don’t like it. It doesn’t take a rocket scientist or an econ PhD to get this. The price of of beef is up 20.1% over the last year, according to the BLS. Obviously we can debate about why this is, and whether consumers are still coming out ahead vs. a year ago, but that’s a separate question than the effect this is having on sentiment.

Ok, that’s the simple reason. The more interesting reason is the effect that partisanship is having on sentiment surveys. The survey’s chief economist Richard Curtin actually noted this month how wide the sentiment gap is getting between Republicans and Democrats:

If you look at the actual Democratic vs. Republican data, two things stand out. The first is that we’re not actually at peak polarization. Right now there’s a 49.8 point gap between Democrats and Republicans, with Democrats obviously feeling significantly better about the economy. But back in the summer of 2018 the gap was over 50, with Republicans feeling significantly better. It’s kind of surprising, because 2018 wasn’t a particularly memorable year for the economy. Maybe election years accentuate the state divergences.

The other interesting thing is that while sentiment for everyone has been falling lately, if you just look at Republican sentiment alone, it’s now even lower than it was in March 2009, the absolute depth of the Great Financial Crisis!

This is an absolutely incredible reading. As rough as things are out there with beef and gasoline price gains (among other categories), it should be taken as another indicator of how much people are assessing the economy through the lens of partisan politics.

Generally everyone eats and an everyone consumes gasoline, so by and large people are experiencing the same economy, regardless of party ID. However that being said, there is one distinct feature of this economy that might be hitting Republicans specifically harder right now and that’s the quit rate. People are quitting their jobs in record numbers these days, but as this chart from George Pearkes at Bespoke notes, people are quitting jobs at small businesses at a particularly high rate.

Small business owners are substantially more Republican according to various surveys, so surging quit rates among small businesses is probably another factor in why Republican sentiment is so dour. Why so many people are quitting their jobs, and whether business owners (of various sizes) could be doing more to retain workers, is a separate question. But the point is it’s happening and it’s not hard to figure out, looking at the above chart, who sees it as a bad thing.

So overall, plunging sentiment can probably be explained by rising inflation, extreme political polarization, and rare conditions in the labor market that are particularly affecting small business owners