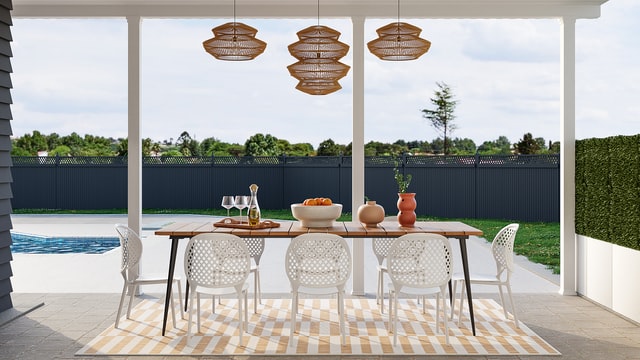 When it rains it pours so there is a lot in today’s analysis. Tomorrow I will aim for brevity. We have some decent movement in bonds on top of a rollover day which has mortgage prices better by about .25. It is not much but we will take it. In about an hour, we will see the results from the 10-yr Treasury auction which could add to more gains. That said, tomorrow is CPI day, which has created more volatility over the last few months than the jobs report, and we know what that did last week. Markets expect CPI to jump to 7.3%. It should be the last increase, as we have now flushed out all of the higher monthly CPI readings and we should start to see some leveling off (see chart below from Bloomberg on what has really changed economically to push inflation up). I am watching the 10-yr auction and then will likely lock shortly thereafter, unless we see an unusual amount of demand

Despite borrowing rates going up, banks are unlikely to pay depositors more after the Federal Reserve first lifts rates because the banks don’t need the money. Banks have little incentive to raise the interest they pay on deposits because they simply don’t need the money. Government stimulus plumped up Americans’ bank-account balances, and companies are flush with cash. Total deposits at U.S. commercial banks have swelled to about $18.1 trillion, up from about $13.3 trillion at the start of 2020. Look for alternative investments (I still say real estate, as I would not count on equities while rates are heading up).

Americans took on more new debt in 2021 than in any year since before the 2008-09 financial crisis. Total household debt rose by $1.02 trillion last year, boosted by higher balances on home and auto loans, the Federal Reserve Bank of New York said Tuesday. Wow.. Thus is in addition to the Fed who already has 14T in debt on their books.

From Bloomberg (most interestingly, look at the chart of where inflation has been strongest.. used cars and of course energy.. everything else is below the inflation line, yes, this corrects itself quickly)..:

Tomorrow we get the January CPI data. And these days, CPI Day is bigger than Jobs Day, given the salience of inflation to the Fed, the market, the public, and politics. Economists expect the headline YOY inflation rate to accelerate from 7.0% to 7.3%. But we can talk more about that tomorrow and the next day. In the meantime, I want to talk about something more theoretical.

It seems to have become totally accepted by the mainstream that the elevated inflation we’re seeing in the U.S. is per se evidence that U.S. fiscal stimulus was too much. There doesn’t seem to be much debate about this point, about possible other causes (such as supply chain disruptions, or other Covid-related capacity constraints). Everybody says it was about a fiscal overshoot. Of course we don’t have a counterfactual situation, where Biden didn’t win and send out another round of checks, so there’s no way to be certain. The most powerful “evidence” of the assertion is that Europe didn’t do this latter round of stimulus, and their inflation is a bit less, though it’s still very high.

All that being said, it’s not that obvious if you look at the actual sectors driving inflation, that it bears the fingerprints of Big Fiscal.

My colleague Matt Boesler posted this chart, showing how various categories have moved since pre-pandemic.

The numbers raise a few questions. Let’s start with food. It’s hard to connect food inflation to too much demand as a result of fiscal. Unless we’re to assume that people are eating a lot more than they were pre-pandemic? Doubtful. Same with energy. Are people driving or heating their homes a lot more than they were pre-pandemic, as a result of fiscal expansion? Seems unlikely. The other biggie, obviously, is used cars and trucks, which have gone insane, in part due to the chip shortages, the diminished production capacity of new cars, and the aggressive buying of rental car companies, which liquidated their fleets during the acute phase of the crisis.

On the other hand, we see that shelter inflation has not accelerated from pre-crisis levels (though it seems likely it has a lot more to go). Meanwhile, other items and Core CPI are up, but hardly to such an extent that we need to get our fainting couches out.

Anyway, none of this is to deny that inflation is hot right now, and it’s undesirable. But the evidence that it’s necessarily the result of overly aggressive fiscal stimulus feels pretty thin, when you look at the actual categories driving up the headline. Even if you don’t really believe in “supply chain” disruptions, as such, it seems plausible that we’re seeing the strain on an economy that’s rapidly returning to normal, but which has certain speed limits when it comes to normalization. It also seems possible that we’re seeing strains, not due to too much aggregate demand overall, but rather a sharp change in the composition of demand to more goods, which has the effect of taxing the ports and the transportation system, which then feeds into consumer prices.

What we know is that we’ve had an extremely fast recovery that almost nobody predicted a year and a half ago, or even a year go. We also know that we have the highest inflation in several decades. While it’s true that the fiscal expansion was unusually large, it’s also true that literally everything about the last two years economically has been historically unusual. It certainly seems premature to pin the blame for inflation on a fiscal policy mistake.

Last, we are in a global economy, so don’t forget that. Bond investors are bracing for a potential default by Mexico’s largest payroll lender. Bonds for Credito Real lost almost half their value in recent days over uncertainty about its ability to repay a 170 million Swiss franc bond, equivalent to $184 million, that falls due on Wednesday.