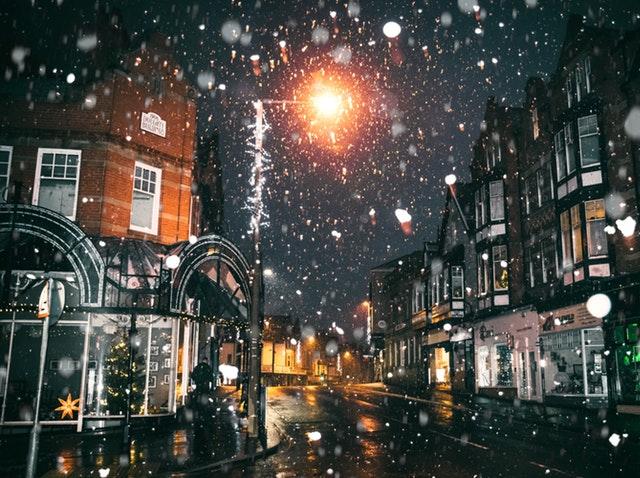 “Powell was a knucklehead yesterday. He completely flipped from the dovish speech he gave a couple of days ago and seemed determined to crash the markets. That he did! The DOW is down 800 points. Powell made at least 5 OVERLY hawkish statements yesterday. He did contradict himself a couple of times, but that speech rates a solid 8.5 on the Hawkish meter. Bonds are hanging there because he was confusing enough to keep bondholders in the game.

Today we had a slew of HORRIBLE economic news. Most notable was Retail Sales which were hammered. Consumers have maxed out their credit cards at near-record rates, and the savings rate is at multi-year lows. No surprise consumers have closed their wallets. All of this is bond friendly and is keeping rates at bay. However, both the ten-year bond and MBS are sitting at crucial levels. Levels that should tempt you to jump on and lock your loans. I am stating this despite loving the charts. They are bullish and knowing how bond friendly the news today is. My justification for locking is all Fed-related. If MBS can break above 101.70 and the ten-year can break below 3.45%, SOON, you can let this ride. Otherwise, prepare for a pullback.”

Less dramatically said, the Fed raised rates 50 basis points at yesterday’s meeting, as expected. Chair Jerome Powell says the central bank has more work to do to vanquish inflation but investors seem to see the outlook for 2023 differently.  Policymakers projected rates would end next year at 5.1%, according to their median forecast, before dropping to 4.1% in 2024 — a higher level than previously indicated. The higher forecasts were not a surprise to MLIV Pulse Survey respondents, of whom 52%  said they weren’t surprised by the ratcheting up of the rate estimates in the dot plot. Survey respondents also expected a stronger dollar and weaker stocks into the end of the year.

While yesterday’s Fed decision has to rank at the top of the list of important data, this piece from the WSJ to me, is more important. The Fed has based a majority of this year’s 425 basis points rate hikes on the strength of the labor market with a tight labor market pushing up wages. Research from the Philadelphia Fed suggests the U.S. employment machine might be slowing much more sharply than thought: Official Labor Department data show the economy adding more than one million jobs from March to June of this year. Philadelphia Fed economists estimate that total was closer to 10,500–essentially flat. WHAT????

Philadelphia Fed economists arrived at the new figure using the Labor Department’s Quarterly Census of Employment and Wages, the same survey Labor Department economists will use to inform their own revisions in a once-a-year process that usually leads to relatively small changes in our understanding of the labor market. (The annual benchmark revisions through March 2022 are due out in February 2023.) The Philadelphia Fed’s early benchmark reports are relatively new and it’s not clear if those estimates will translate into significant revisions at the Labor Department. –J.S.

Slowing in the economy is now showing up in corporate America not only the consumer. The amount of cash that companies are storing in corporate bank accounts is declining as high inflation takes its toll. Corporate cash holdings fell to $3.46 trillion during the third quarter, down $488 billion since the beginning of the year, according to an analysis of Fed data by the Carfang Group, which provides treasury consulting services.