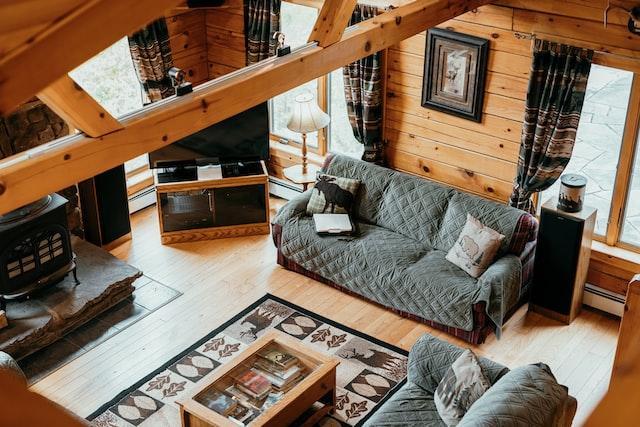 Bonds are flat this morning, which is not a surprise given the magnitude of the news coming our way in an hour.

It is Fed Day! Will Chairman Powell be less hawkish this time around?

The market is looking for a 75bps increase. The outlier prediction is 50 bps. Whether 50 or 75 matters less than the tone he takes in his prepared speech. Some believe he may show slight signals of a pivot. This is the only thing that will create the rally we all want. Yet there’s little clarity on how the Fed proceeds from there in its effort to rein in the hottest inflation in 40 years, while minimizing recession risks that have already roiled markets.

It’s a challenge for messaging because the Fed doesn’t want to ease financial conditions significantly. Often, we see the market sell-off just after the Fed speaks and then rally back over the coming days.

I am opposed to floating into Fed days.

Zillow’s measure of the median amount of time that a for-sale listing has been on the market – was 54 days, up from the series’ lowest-ever recorded value of just 19 days in early April and from 38 days in the same week in 2021. Those that are thinking about listing their home today should expect it to be on the market until Christmas – about two weeks later than what would have been expected last year.

A good piece from Bloomberg today with a little deeper dive into the mechanics of bonds, dollars, and the economy. I think the reason the job market is staying strong is we haven’t reached the pan threshold yet where companies must lay off more workers. It is coming but the sting of not being able to find workers over the last two years is still felt and no one wants cut staff to just have to find them again. The other side of this coin is that 40% of people are looking at getting a second job to offset the rising cost of living.

Yesterday we got the latest JOLTS report, and it showed an unexpected increase in the number of job openings in September. The Fed has been particularly focused on job openings as a perceived proxy for labor market tightness, so yesterday’s report just bolsters the overheating narrative.

Regardless of whether the job market is healthy or not, its resilience is quite impressive. We’ve had this historically fast pace of tightening, and yet so far its failed to engineer a meaningful slowdown. I continue to be struck with the post-Great Financial Crisis period. In the 2010s, a big story was that low rates from the Fed couldn’t generate inflation. So far in this cycle, the big story is about rate hikes not generating labor market softening.

One fear though is that the Fed tightening will cause something to “break” in financial markets before the economy cools down. Yesterday we published an episode of the podcast with BIS economic adviser and head of research Hyun Song Shin, where he warned of “tripwires” strewn throughout the global financial system. The recent blowup in the UK gilt market might seem to be an example of that. That puts central banks in the potentially uncomfortable spot of simultaneously fighting inflation while also putting out financial system fires.

Also in the conversation, Shin gave a brilliant explanation of the network effects of the US dollar, and why it’s so difficult to dislodge. Going to post the answer here, since it’s important for people to understand how difficult it is for a meaningful shift away from the dollar on a global scale.

“Think about starting from invoicing. So if you invoice in the dollar, then it makes sense to finance — trade financing — in dollars because you’re going to be receiving dollar cash flows. And similarly, if you are going to make an investment and the cash flow is in dollars, then of course it makes sense to borrow in dollars because you want to eliminate at least one of the uncertainties between your obligations and incoming cash. So you tend to borrow in dollars even if you are not located in the United States. And if that’s the case, then the capital markets will have a preponderance of dollar instruments, which is exactly what we see.

So the capital market development will very much follow in the wake of these currency decisions. Asset managers will have a preponderance of dollar securities — dollar assets more generally. And if you are a pension fund or a life-insurance company from a non-dollar jurisdiction, you’re limited in your domestic currency instruments. And so in your portfolio, there’s going to be a very large chunk of dollar-denominated assets. And so if that’s the case, then you have to find a way of hedging the currency risk because your obligations to your beneficiaries, your obligations to your policy holders, are going to be in your domestic currency rather than dollars. And so there’s a role for dollar hedging.

The real economy and the financial system exist in this huge web of corresponding cash flows and liabilities, which all fit together like a puzzle. It’s extremely difficult to change one part of it, let alone all of it wholesale. And again, for central banks, the question is whether its rate hikes can work to slow economic activity down, while the financial system runs as intended.